RANDOM ACTS OF KINDNESS // How The Highlands Has Pulled Together

It’s been a wild and emotional few weeks in the Southern Highlands as the bushfire crisis has well and truly taken hold of our beautiful region. And to be honest, we’re feeling a little on edge (and have been for days). So how do you take the edge off?

We've pulled together some of the amazing stories and acts of kindness we have heard of and read about to help put a little more light into the world.

And just have a look at what happens when a community like ours comes together in a time of crisis.

Oh, and you might need a box of tissues for this one, people……we got VERY leaky eyes putting this together.

Here is just a snippet of some of the many random acts of kindness happening across the Highlands at the moment.... 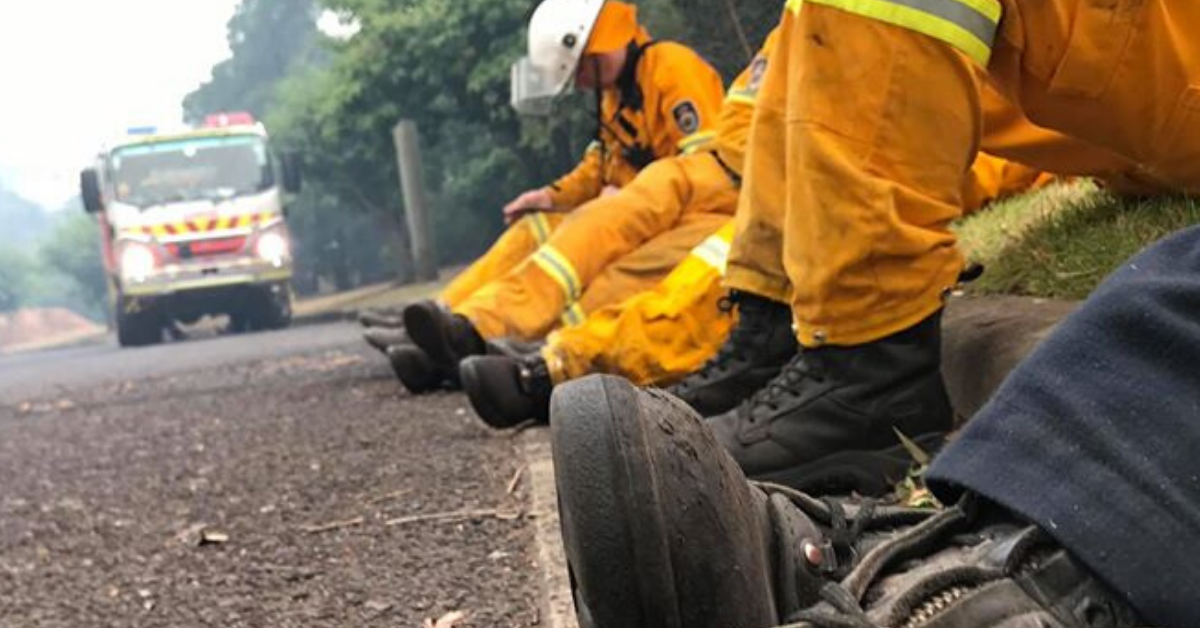 Nanny Gwenda in Burradoo who opened her house up to her daughter’s friends on Saturday night and at one point was hosting 7 adults, 8 kids, 3 dogs and 1 cat! And a shoutout to the friends who swung by with hampers of food to feed the gang.

The gentleman in Balmoral who helped a distressed lady who had run out of fuel for her car and was worried about getting home safely before dark. He checked on her, then went to the petrol station himself and picked up a ¼ of a tank of petrol to bring back to her. She got home.

The solicitors in Tallong, and owners of Elouera Tallong, offering up their professional and legal expertise to anyone affected by the fires across the Highlands. It can be a bit of a legal and insurance minefield in the aftermath and these guys are happy to help.

The Bundanoon Public School P&C President who reached out to locals who own holiday accommodation and managed to house school families who had nowhere to go on Saturday night after Moss Vale Services was also evacuated.

John Creighton of Wombat Care setting up in the main street of Bundy handing out free food for wombats, kangaroos, wallabies, possums and birds so locals can help the wildlife now that even more of their natural habitat has been destroyed.

All the Highlanders who got busy and donated or bought food for local fire stations whenever the firies would put a post up on Facebook asking for more.

The Gondwana / Sydney Children’s Choir travelling to Balmoral to find out what they could to help and perform some songs to help forget about life for a while.

The school P&C that bought $500 of socks and undies for the Balmoral residents affected by fire.

The young guy from Canyonleigh who paid for a family's order at a Chinese restaurant in Moss Vale after noticing the Dad's RFS uniform.

The multiple cafes across the Highlands who have set up a pay it forward firefighters credit which means weary firies can grab coffee for free. 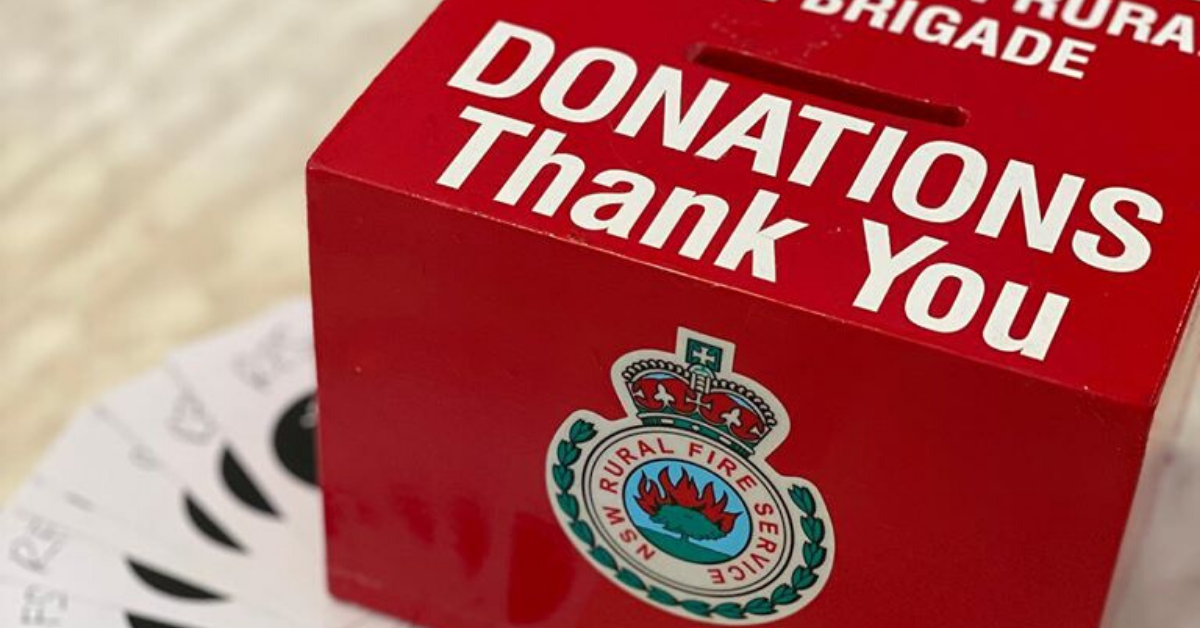 Everyone at Moss Vale Showground who not only looked after their own animals but checked in on other people’s animals when people got stuck.

Amanda Fry of WILDfest setting up the Helping Hand – Sth Highlands, Shoalhaven & South Coast Facebook page designed to link volunteers to local operators, farmers, wildlife carers, businesses, producers etc to donate their time when they are ready for the clean-up and rebuild.

The Bundanoon local who popped into The Reject Shop at Mossy to buy some toys for the children of families who lost their homes in Wingello. And The Reject Shop store manager who gave him a staff discount AND donated $100 worth of phone cables and chargers for the families.

The firie from Balmoral Village Fire Brigade who saved his mate’s life after he had an asthma attack while fighting fires before Christmas. His quick thinking and getting his mate back to the station meant his mate made a full recovery and could spend Christmas with his family.

Locals sewing pouches for injured or orphaned wildlife and donating them to the local wildlife rescue groups.

And the formation of the Southern HighlandsWildlife Food Co-operative, a group of people that will build and co-ordinate the building of wildlife feeding stations to spread around the areas burnt by the bushfire.

The secret Go Fund Me fundraiser that is being passed around via Direct Message on Facebook raising money for a kids trampoline for a family that lost everything in the fires. The organiser knows how proud this family is, so is doing it on the down low.

Lisa Murphy of Stop Slow Traffic Control who (with a bunch of lovely vollies) filled up and delivered a truckload – literally! – of food and water to Wingello and Bundanoon RFS.

The fellas in Bundy still in town after the roads were closed, who walked and drove around town checking streets and reporting on houses still standing so people who had evacuated and couldn’t back in could have some peace of mind they had a house to go back to.

When an evacuated Wingello family took their kids to Moss Vale Aquatic Centre for a swim on Sunday to take their mind off the fires, management offered donations of food and water to the family and treated the kids to something from the canteen.

The businesses and residents from all across the Highlands who have opened up their doors to be drop off points for donated goods.

Bargo Sports Club opening up their auditorium and filling it with donated goods for fire affected families to come and collect what they need.

The owners of Snax on Trax, a mobile coffee and food van, rolling up at Wingello RFS the morning after the fire went through the village (and their own home in Wingello narrowly escaping the fire) to serve up coffee, food and help out on the BBQ which was serving up meat donated by Marulan Meats.

Everyone in the community who pitched in to help with the Balmoral Street Party that has been postponed, but once it’s rescheduled will bring some much welcome relief and cheer to Balmoral residents.

The NSW Rail Museum and Transport Heritage NSW delivering 110,000 litres of water via rail to our southern villages the Friday before the firestorm. That’s the equivalent to 33 firetrucks!

The convoy of trucks and cars that arrived in Buxton the Sunday before Christmas, loaded up with supplies for those that lost houses in the northern villages, and the firefighters in Buxton, Balmoral and surrounding areas.

The stubby and popper holders – with Balmoral Lives On printed on them - being sold at Balmoral Fire Station for $5 raising funds for the local fire station.

Everyone who helped find the dingoes that escaped from the fire impacted Bargo Dingo Sanctuary.

We are sure there are plenty more so if you’ve heard about or been the recipient of your very own random act of kindness, don’t be shy! We’d love to hear about it so we can add it to this magical list of locals being awesome! 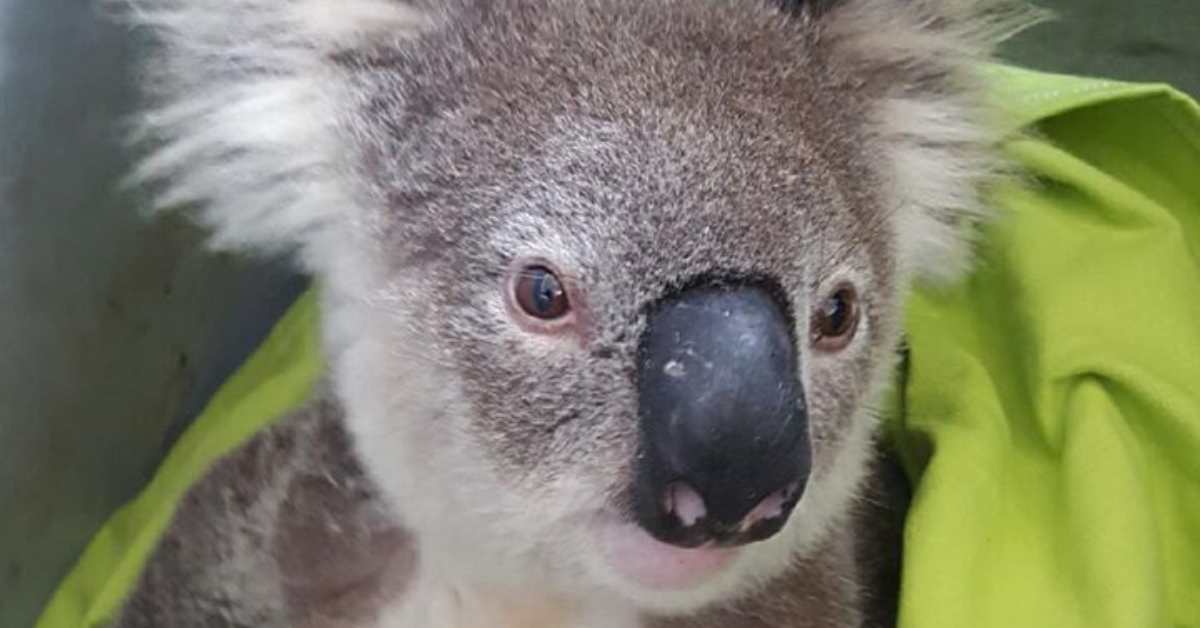 Sunday 6 September is when we celebrate Father’s Day this year! Dads, grandads, stepdads, father figures and funcles – whoever it may be. Find the perfect way to say thank you to the wonderful guys in our lives with The Fold’s Guide To Father’s Day In The Highlands.      DRINK It’s pretty hard to go ...

August 24, 2018
HEALTH AND WELLBEING // Improve your life (and your bank balance) with F45 Bowral’s $5k Challenge
in Business and Careers, Health and Beauty
August 11, 2020
MARY’S GHOST ALE // The Story Behind The Bundanoon Hotel’s Special Brew
in Entertainment, Wine and Dine, Getting Out And About
August 10, 2020