in Shopping, Eat and Drink

Do you like it low and slow?? Or are you the entertainer with friends on your back deck, a beer in your hand and tongs in the other? Perhaps you’re the everyday barbecuer where you get home from work and feed the kids with some snags or home cooked burgers?

One of the best things about the warmer weather has to be cooking outside with friends and family on a balmy night, right? We caught up with the team at Highland Fires & BBQs, and some local chefs and foodies for the best advice on how to BBQ like a pro! 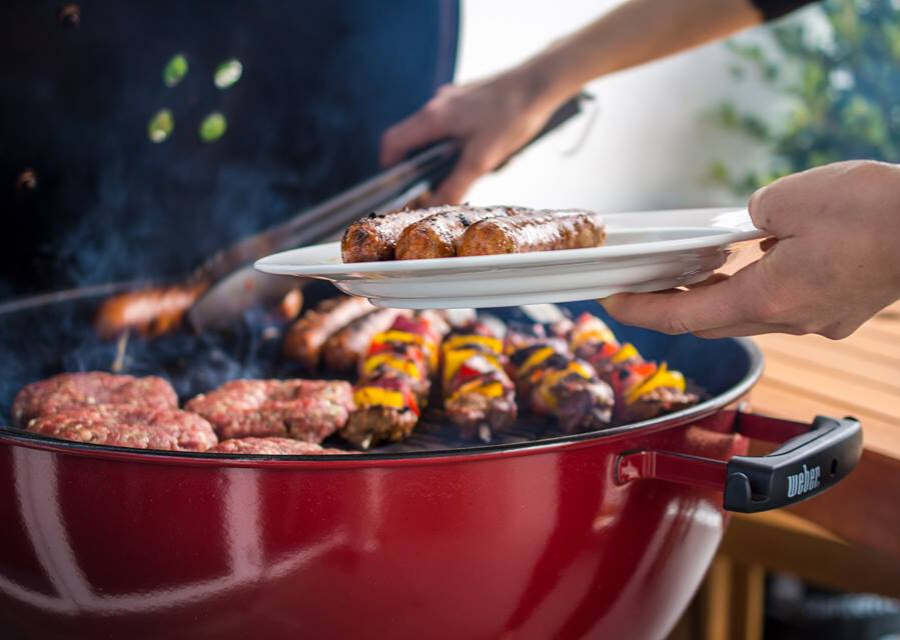 Smoking meat is one tasty foodie trend that we’re loving. If you’re also a fan of that delicious charcoal-y taste, the key is using the right fuel source (charcoal or briquettes), keeping the smoke trapped inside the BBQ (you’ll need one with a lid) and using an indirect cooking method.

“Indirect cooking is when there is a separation of the heat source underneath and the protein you’re cooking,” says Jason of Highland Fires & BBQs.

“You can cook a lamb roast, pork roast or anything that you would typically roast in the oven using the indirect method on a BBQ with a lid. You can use chips or chunks in your wood of choice to get that mouth-watering smoky flavour which you just can’t get in an oven.”

Now, there's a seriously kickarse new Weber on the market that allows you to create a huge selection of meals, from searing steaks at 315 degree to slow pulled pork at 120 degrees all from the same barbecue - check out the new SmokeFire Wood Fired Pellet Barbecue Series.

"This BBQ does practically everything for you!" says Jason.

"There are wood pellets in popular smoky flavours - hickory, apple and more - that you place into the pellet hopper which both fuels the barbecue and gives whatever you're cooking the nice, smoky flavour."

And it has all the technological bells and whistles too, it seems.

"You can set the temperature you want on the LCD display screen or control everything from the Weber Connect App which will walk you through the entire cooking process," says Jason.

"It also has a dual level cooking area which gives you stacks of space for when you're cooking for groups or on special occasions like Christmas lunch."

"Come in and see us to have a look at it - it's a pretty special piece of kit and provides incredible flavour."

Let me entertain you

You know this guy or girl! In fact, you might even BE that guy or girl. Every weekend there’s something on at your place. You’re on the back deck flipping burgers, searing salmon skewers or keeping a close eye on the rotisserie chicken slowing turning (and smelling like heaven!). Beer in one hand. Tongs in the other!

“You’re going to be spending all your time out at the barbecue and don’t want to be running back into the kitchen, so you need a BBQ that has plenty of space and does it all – roasting, grilling, rotisserie, smoking, even baking,” says Jason.

And if you’ve got steak on the menu, Mark Chance from PepperGreen Estate’s Tasting Room at Berrima recommends restraint.

“Definitely don’t handle it too often. I turn it when its about 25% cooked, then repeat that three times,” Mark says.

“And rest the meat for as long as it has cooked.”

Best BBQ for the entertainer // Barbecues in the large-sized Weber Genesis II gas range have features such as warming racks, flat plates, and an elevated grilling system, which is great for someone feeding large groups. 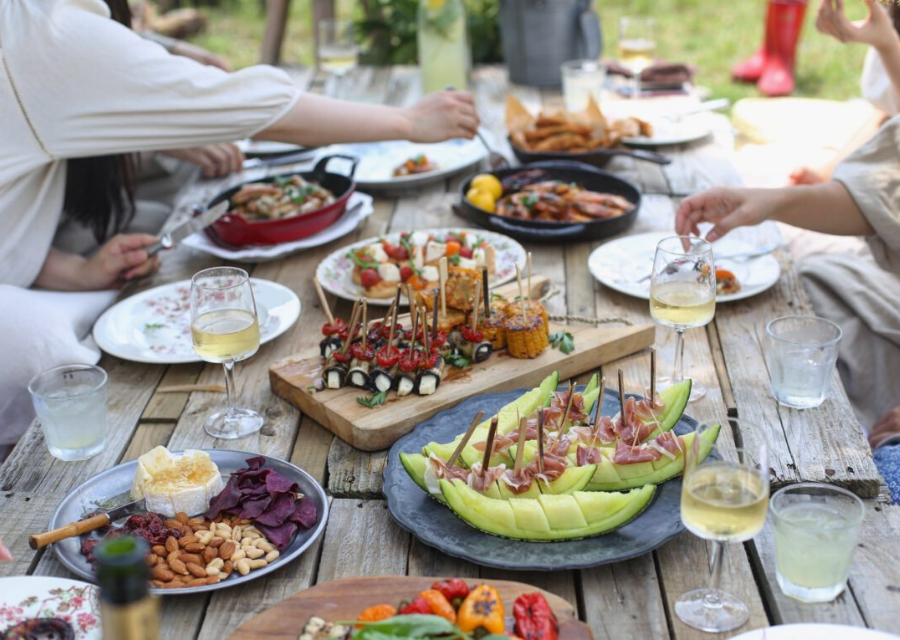 The key to awesome slow cooking results is being able to control the temperature and keeping it low and consistent for a looooong time. Whilst we’re not so patient when it comes to food (who can wait 16 hours?!) we all know it’s totally worth it. It always tastes delicious!

“Slow cooking is a great way to make something special out of lesser meat cuts like brisket, topside, and silverside,” says local farmer and butcher, John Mauger.

When you’re slow cooking on a barbecue, restricting the amount of oxygen that enters the barbecue is important. As is using the indirect method of cooking we talked about before.

“Some barbecues allow you to organise for the fuel source to be in one area and to limit the supply of oxygen. If you place a heat diffusing plate and water pan underneath the grill with the meat on it – this and the limited oxygen is what allows for the low and slow effect,” says Jason.

Who wants to heat up the house with the oven and the stove when it’s stinkin’ hot? No way! Everyday outdoor cooking is awesome for the warmer months. Bacon and eggs in the morning on the barbie, flipping homemade rissoles on the grill for lunch and snags and char-grilled corn for dinner – yum!

“It’s all about efficiency for the everyday barbecuer,” says Jason.

“You want a barbie that heats up quickly, gets a good amount of cooks per gas bottle, retains moisture with the lid down, and has consistent heat zones – remember the old school flat barbies we’ve all cooked on where you spend half your time trying to work out where to place the sausages so they actually cook? That’s not efficient.”

Tasty but not overly costly cuts of meat are perfect for keeping bellies (and bank accounts!) full.

“Steak on the bone or a lesser known cut like rump steak, skirt steak or barbecue blade are much cheaper and tastier most times,” Mark of PepperGreen Estate says.

“The trick is salting the meat. When you think it has enough salt, add some more!”

And remember, if you’re an everyday barbecuer, you’ll need to keep your family BBQ menu interesting.

Padraic Kielty from Kielty's Irish Sauces reckons marinades, rubs and sauces are the way to go to add variation to lunch or dinner every night.

“Marinade your steaks in a hand smoked chipotle barbecue sauce for extra flavour. Or add some sweet chilli sauce to burgers to change things up,” he says. 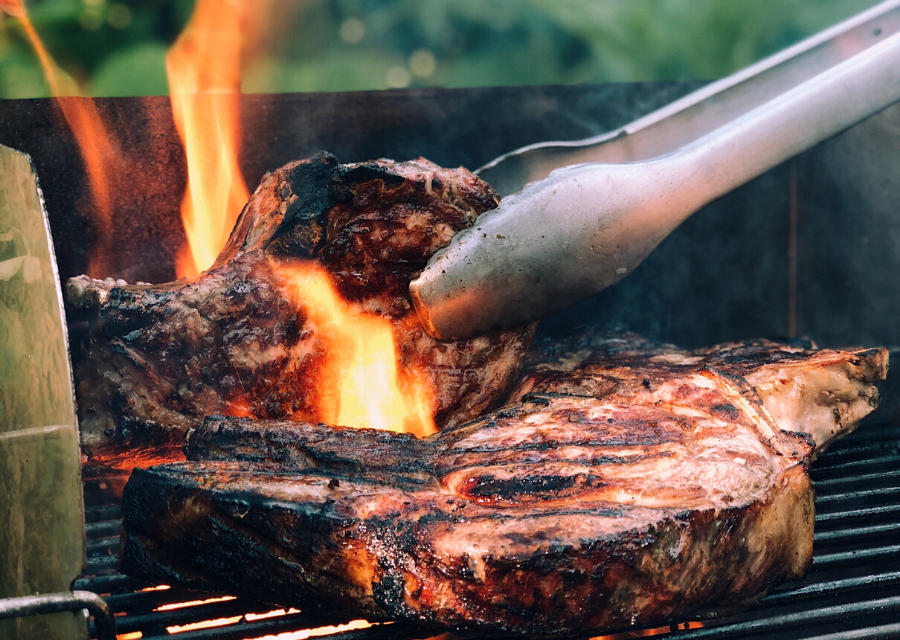 Has anyone else been scarred by childhood camping memories of sausages and potato salad for seven nights?! Or being served up dried out rissoles that promptly became missiles for taking out siblings across the campfire? No? Just us….?

Thankfully there are better campsite barbecuing options available these days which means camp food doesn’t have to be bland and boring (or become weapons).

“A barbecue with a lid that you can still fit in your car is great. The advantages of being able to cook with the lid down when you’re camping is you retain the moisture in the meat – no dry steaks on a steel plate! – and you’ll trap that smoky flavour we were talking about earlier.”

A camping barbecue with a lid also makes it more efficient in terms of the fuel usage. Handy for when you’re camping, and replacement gas bottles aren’t so easy to get! Oh, and you can bake a cake or cook a pizza on it too – sooooo jor-met! 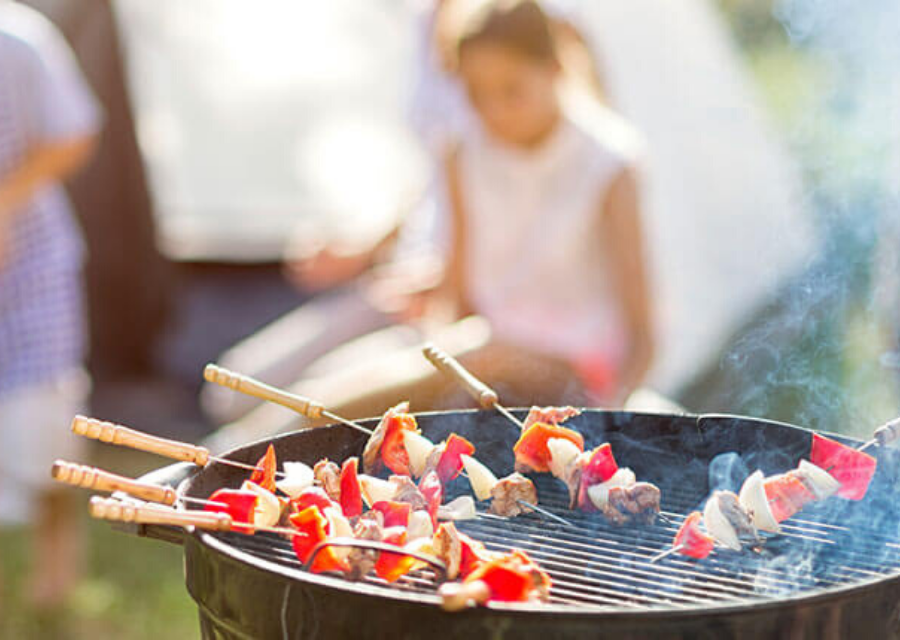 Highland Fires & BBQs is the only Weber Specialist Dealer in the Highlands and also stock a wide range of fireplaces including Jetmaster and European brands. A family and locally owned business, the focus is on awesome customer service, product knowledge and working with clients to get a fantastic, high quality finish and result.

Markets In The Southern Highlands
in Shopping, Highlands Life
November 08, 2018
WINTER WARMERS :: Where To Grab Some Take Away Soup
in Eat and Drink
May 14, 2018
Stacking The Odds In Your Favour This Cold & Flu Season
in Health and Wellbeing

Cold and flu are a fact of life. No matter how careful you’ve been, every now and then some over-achieving speck of a bug will detect a weak spot in your defences and have you reaching for the tissues and cold'n'flu meds. While most of us will get away with a common cold or a mild dose of something ...